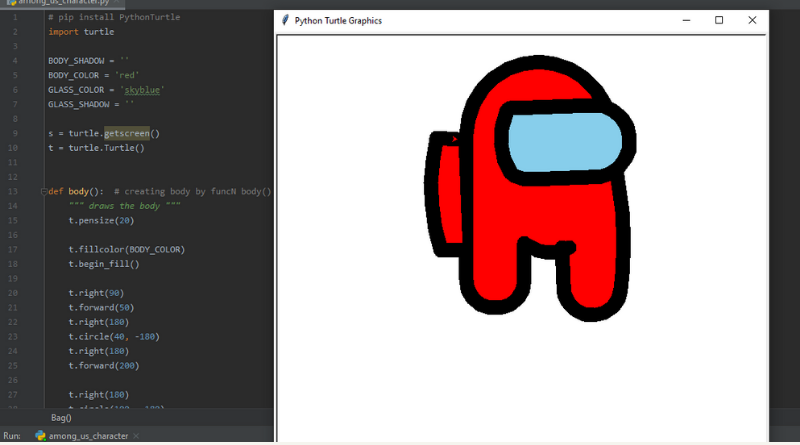 When I was a kid, I used to learn logo design, picture design, and graphic design. “Turtle” which is a Python special feathers like a drawing board helped me to learn code and introduced to graphics by the Python Turtle. I remember that I was fascinated by this library.  In the initial phase, this was what made me interested in programming and feel like a computer genius when I control a little object on my computer screen. So, I spent the entire night learning new stuff about it at the one-week camp. A similar interactive feature is supported in the Python Turtle Library that offers Python a taste of what it’s like to deal with new programmers. Today in this tutorial, I am going to show something really beautiful as well as an amazing program that you can do using a Turtle in python to build an Avatar of Among Us.

NOTE: Make sure that you have Python version 3 or above on your computer. If not, you will be able to download it from the Python website.

In this tutorial, you will:

While creating Avatar of Among us, we can use functions that can move the turtle around, such as turtle.down(...), turtle.right(...), and turtle.forward(...). Some commonly used turtle methods are listed below:-

We need to import “turtle” in order to make use of turtle functionality and methods. “Turtle” is bundled with the standard package of python which and does not require an additional installation.

What do you think of this Creating Among Us Avatar Using Python Turtle? Let us know by leaving a comment below. (Appreciation, Suggestions, and Questions are highly appreciated). 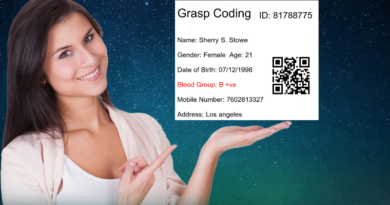 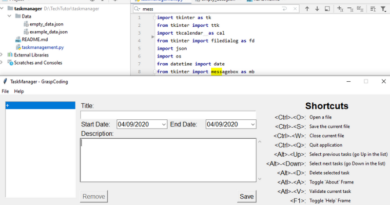