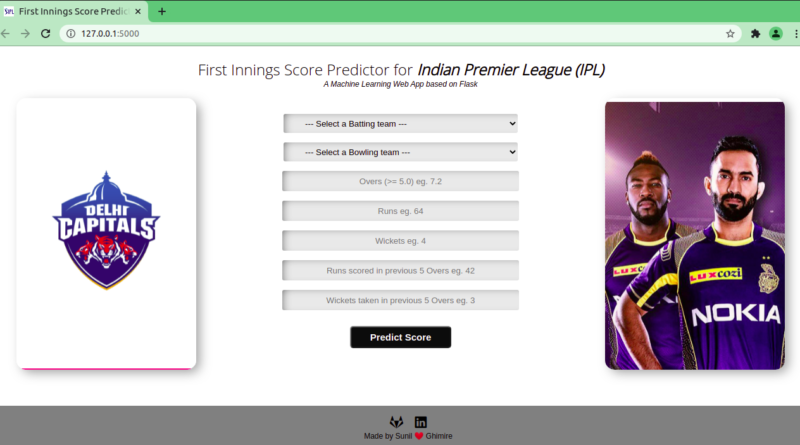 Cricket is one of the most popular outdoor sports that has captured everyone’s heart. There are many series that are held, and the Indian Premier League (IPL) is one of them which has a long and illustrious tradition in the sports world. IPL is a professional Twenty20 (T20) league started in 2008 which was founded by the Board of Control for Cricket in India (BCCI). The IPL is a 20-over league, which means each team plays 20 overs from both sides. Every year, eight teams from eight Indian cities participate in this league. A cricket match is influenced by a variety of factors, and the factors that have a major impact on the outcome of a T20 cricket match are described in this project. IPL Score Prediction project takes several years of IPL data, including player information, match location information, team information, and ball to ball information, and analyzes it to draw different conclusions that help in the enhancement of player’s results. It focuses on calculating the results of IPL matches using data mining techniques on both balanced and imbalanced datasets. In T20 Cricket matches, the first innings score is currently estimated based on the existing run rate, which is measured as the number of runs scored per a number of overs bowled. It includes the following factors:

Kaggle was used to collect the IPL score data. We took 80% of the data for the train set and the rest of the 20% of the data from the test set. Parameter are:

Linear Regression is the algorithm used in our project.

The IPL score prediction system works properly. All of the attribute values had been preprocessed correctly. The model was applied and trained using training data after all of the preprocessing was done. The Linear Regression model accuracy was found to be 82%. The GUI of IPL score prediction was made with HyperText Markup Language (HTML). The coding was done in Jupyter Notebook and VsCode. After completing all of the processes, we have linked the front-end (HTML) with the back-end (Python).

Linear Regression Algorithm is applied to the IPL dataset which is very essential for improving people’s future performance. Using some selected input variables obtained from Kaggle, we have created a model to forecast the IPL score. The issue with the current IPL dataset is that we are unable to organize ourselves and complete critical tasks. So, this model was created to know the IPL score with high precision when taking into account all of the factors that influence the IPL score.

What do you think of this “IPL First Innings Score Prediction using ML Algorithm“? Let us know by leaving a comment below. (Appreciation, Suggestions, and Questions are highly appreciated). 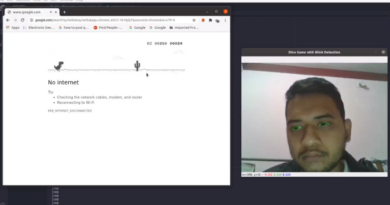 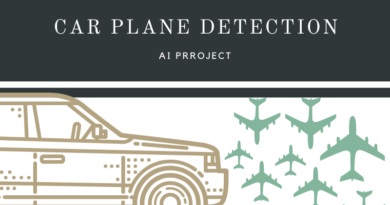